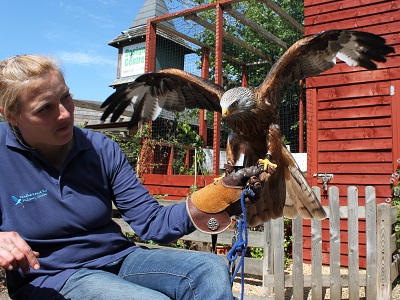 I arrived for my first session armed with a bag of drawing materials, inspired by the bird and animal drawings of Victor Ambrus, but not knowing quite what to expect... How close would my models be? Would they be moving about much?

Sadie had it all planned out, however. “We’ll put you in the cage with the birds... which one would you like first?” We chose her Indian Eagle Owl, Charlie, to be my first feathered life-model, being a relatively calm and friendly subject, and so I began my first drawing session perched on a small stool in a corner of her cage, with Charlie frowning back at me, about 8 feet away, and visitors peering in at us both, through the caging...

Being in the cage with each bird for several hours is a very special experience, and I became quite attached to my models. The drawing was quite tricky as the birds would often change position every few minutes, and so I ended up with many incomplete sketches, and, inevitably, photographic reference material was also required for final, “feather-perfect” illustrations. Every session allowed valuable, careful study of each bird in detail, especially the structure of head, eyes, beak and claws, and also of its characteristic behaviour and stance. Sometimes my model would become quite excited - usually at the sight of Sadie approaching - and flap around me with her great talons open and six-foot wingspan brushing my head and drawing board – a daunting but wonderful experience!

My idea was to create an illustration of each bird that would be characteristic of its own individual attitude or behaviour in some way, rather than just the usual static, three-quarter pose. Some birds were languidly gazing at the world, whereas others would appear to stare intently, as if lining up their next meal, and I wanted to show this... In addition, I wanted the final drawings to be striking enough to withstand being reduced in size for cards, coffee mugs and other merchandise (which is now available). 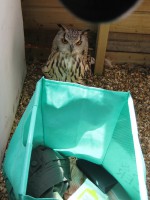 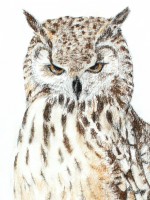 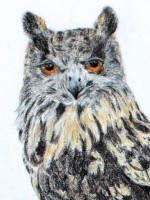 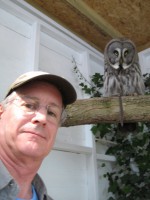 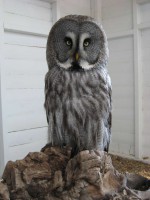 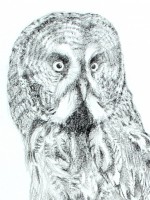 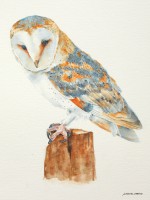 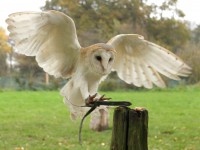 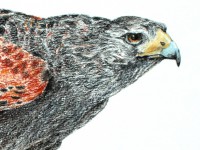